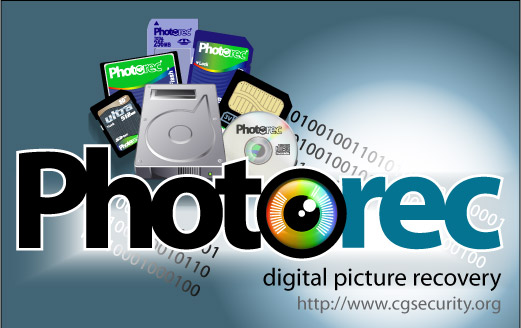 PhotoRec is file data recovery software designed to recover lost files including video, documents and archives from hard disks, CD-ROMs, and lost pictures (thus the Photo Recovery name) from digital camera memory. PhotoRec ignores the file system and goes after the underlying data, so it will still work even if your media's file system has been severely damaged or reformatted.

PhotoRec is free - this open source multi-platform application is distributed under GNU General Public License (GPLV v2+). PhotoRec is a companion program to TestDisk, an application for recovering lost partitions on a wide variety of file systems and making non-bootable disks bootable again.

For more safety, PhotoRec uses read-only access to handle the drive or memory card you are about to recover lost data from. Important: As soon as a picture or file is accidentally deleted, or you discover any missing, do NOT save any more pictures or files to that memory device or hard disk drive; otherwise you may overwrite your lost data. This means that while using PhotoRec, you must not choose to write the recovered files to the same partition they were stored on.

ReiserFS includes some special optimizations centered around tails, a name for files and end portions of files that are smaller than a filesystem block. In order to increase performance, ReiserFS is able to store files inside the b*tree leaf nodes themselves, rather than storing the data somewhere else on the disk and pointing to it. Unfortunately, PhotoRec isn't able to deal with this - that's why it doesn't work well with ReiserFS.

Known file formats
PhotoRec searches for known file headers. If there is no data fragmentation, which is often the case, it can recover the whole file. PhotoRec recognizes and recovers numerous file formats including ZIP, Office, PDF, HTML, JPEG and various graphics file formats. The whole list of file formats recovered by PhotoRec contains more than 480 file extensions (about 300 file families). 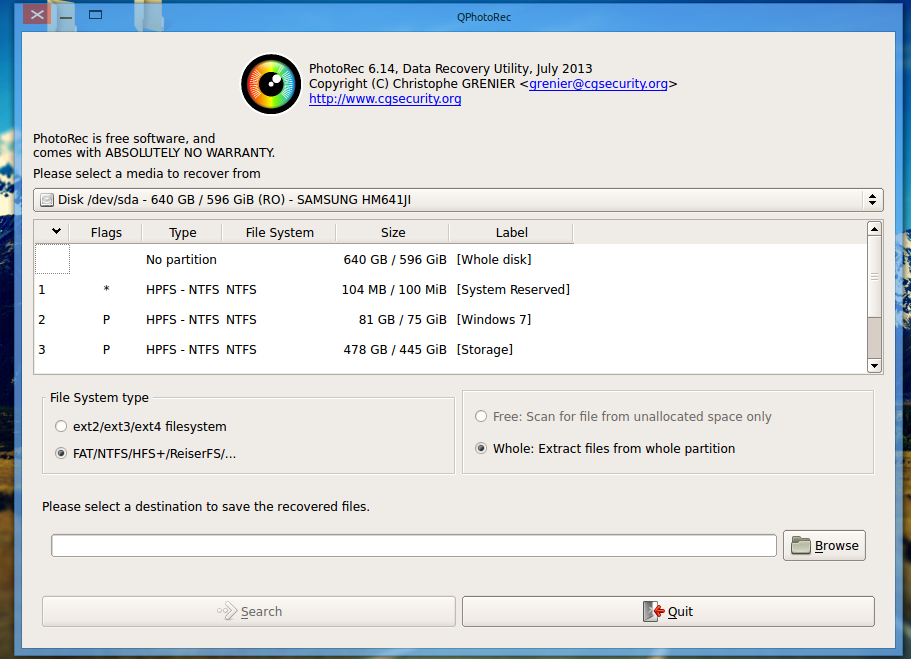 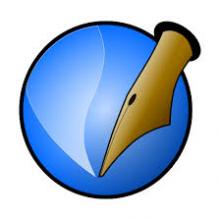 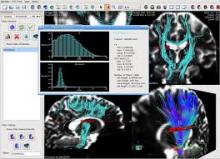