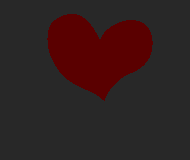 Sebran is a set of 12 games for children between 4 and 9 years in which the numbers and arithmetic operations are performed, reading and memory. When installed you can choose the language (Spanish, Catalan, etc) or subsequently modify the menu About Sebran> Language.

It's never too early for your child to become familiar with letters and numbers. Sebran's ABC's colorful pictures, pleasant music, and gentle games teach letters, numbers, simple math, and rudiments of reading.

The six simpler exercises display four possible answers. Choose the right one and it becomes a smile; an error gets a frown and a chance to try again. The How Many? counting game introduces the numbers from 1 to 9. These are used in the Add, Subtract, and Multiply matching games, which each function at two levels of difficulty. In Pick A Picture, one of four pictures matches a word; First Letter offers four possible letters completing a word. Your child can employ the skills gained in these exercises to play Memory, Word Memory, or Hangman. Finally, the ABC Rain, Letter Rain, and 1+2 Rain games help train little fingers in using the keyboard.

Sebran is freeware and runs under Windows 2000, XP, Vista or Windows 7.