Take virtual tours offered by the British Museum through exhibitions classified by continents, cities or regions. The virtual galleries contain fotografiías with their explanations. Enjoy it. 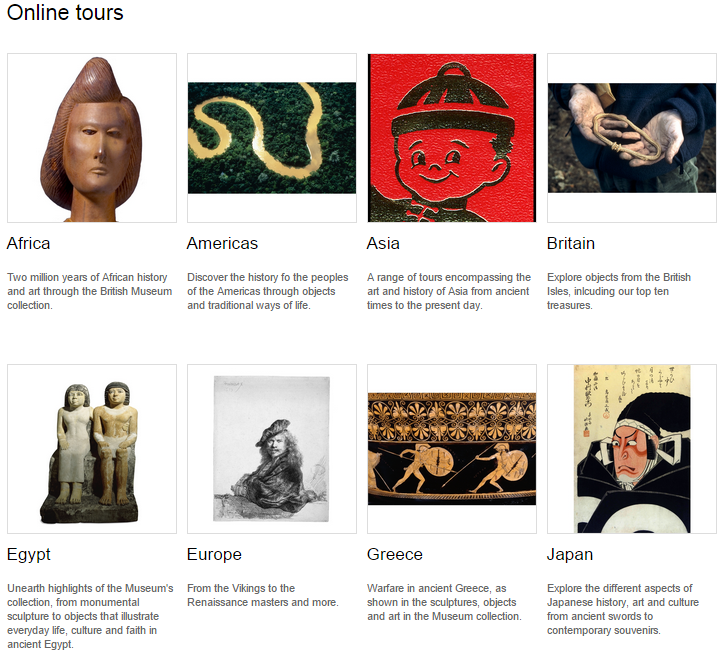 Enlightenment ideals and values – critical scrutiny of all assumptions, open debate, scientific research, progress and tolerance – have marked the Museum since its foundation.

The Museum is driven by an insatiable curiosity for the world, a deep belief in objects as reliable witnesses and documents of human history, sound research, as well as the desire to expand and share knowledge.