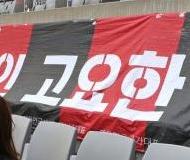 United Press International is a leading provider of news, photos, and information to millions of readers worldwide through UPI.com and its licensing services.

With a history of reliable reporting dating back to 1907, today's UPI is a credible source for the day's most important stories, continually updated - a one-stop site for US news. USA And from the world, as well as entertainment, trends, science, health and impressive photography. UPI also provides insightful reports on key issues of geopolitical importance, including energy and security.

A Spanish version of the site reaches millions of readers in Latin America and beyond.

UPI was founded in 1907 by E.W. Scripps as United Press (UP). It became known as UPI after a merger with the International News Service in 1958, founded in 1909 by William Randolph Hearst. Today, UPI is owned by News World Communications.

It is based in Washington, DC and Boca Raton, Florida.