10 best business schools in the world 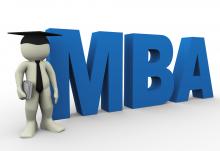 The 10 best business schools in the world are compiled below, highlighting the average salary that students get when they find work, or GMAT.

1. University of Pennsylvania — The Wharton School

The Wharton School earns our top ranking in 2015 for all-around excellence. Though no other American school topped its tuition cost of $144,340, Wharton's stellar reputation, high average starting salary, and 95% job placement within the first three months of graduation make it the most worthwhile investment. Only Stanford's students scored higher on the GMAT.

The first business school in the US, Wharton was established in 1881 from a $100,000 donation by industrial tycoon Joseph Wharton. The institute now boasts one of the largest alumni networks among b-schools, including notable figures like John Sculley of Pepsi and Apple, LinkedIn CEO Jeff Weiner, and billionaire financier Ron Perelman.

Though among the most expensive MBA degrees in the world, the Booth School of Business is the runner-up on our list because it all but guarantees a coveted job: 98% of students from the 2015 class had secured employment within three months of graduation — the highest percentage of any school — and the top-five employers were McKinsey & Co., Boston Consulting Group, Bain & Co., Amazon, and Bank of America.

Booth's full-time MBA program focuses on training students for real-world business scenarios through experiential learning and lab courses where students work with actual early-stage startups. The school also brings in guest lecturers from private-equity and venture-capital companies, and some Booth students intern with the companies and help them evaluate new market and business opportunities.

The world's oldest MBA program, Harvard Business School is also often considered the best. But its hefty price tag — $141,900 — and a solid but not elite job-placement figure of 91% three months after graduation combined to keep HBS out of the top two.

Perennially ranked as a top-two business school, Stanford failed to reach the summit of our list primarily because its job placement, though still a respectable 86%, was a cut below many other top schools and 6 percentage points below its figure last year. Stanford attributed the drop to students becoming "more selective."

But graduates who did accept a job commanded a hefty starting salary that covers the entire $132,150 price tag for the two-year degree. Top employers include Facebook, Yahoo, Yelp, and a number of other Silicon Valley-based tech companies.

The Massachusetts Institute of Technology is not only the best college in America, but it's also home to one of the best business schools. The Sloan School of Management, which celebrated its 100-year anniversary last year, offers three MBA tracks: enterprise management, entrepreneurship and innovation, and finance. Sloan reported that 93% of 2014 graduates accepted job offers within 90 days of graduation at companies like Adobe, Microsoft, Google, and Facebook, and 7.4% of grads went on to start their own businesses.

Northwestern's business school was established in the early 1900s, but it wasn't until 1979 that the school took the Kellogg name following a $10 million donation from the John L. and Helen Kellogg Foundation — heirs of the family that started the famed cereal company.

The school emphasizes international experience. Its International Growth Lab pairs its students with those at ESADE in Barcelona and the Hong Kong University of Science and Technology to develop strategies for solving an international business' real-world problems. Kellogg also offers an accelerated, one-year MBA degree for top students who already have a business background.

Students begin crafting their network and community within the business world the minute they arrive at Columbia, thanks in part to the school's cluster system, which places first-year students in "clusters" of 65 to 70 people who take all their core classes together. Columbia also counts some of the greatest minds in finance among its alumni, including Berkshire Hathaway CEO Warren Buffett and former Bank of America executive Sallie Krawcheck.

After their first year in the program, a full 100% of Tuck's class of 2016 gained hands-on experience through summer internships.

Within three months of graduation, 95% of the class of 2015 had accepted job offers, many of them at big-name companies, including Bain & Co., Goldman Sachs, Samsung, Deloitte, and Barclays Capital.

Each MBA student at Yale's School of Management is required to complete a global studies course, choosing among the International Experience course, Global Network Courses, Global Network Weeks, or spending a full semester at an exchange partner school. Yale reported that 14.2% of the class of 2015 were hired internationally, with approximately 30% of all grads accepting jobs in finance and accounting.

10. University of California at Berkeley — Haas School of Business

The second-oldest business school in the US, the Haas School of Business was named for Walter Haas, who was an undergrad at Berkeley and grew Levi Strauss & Co. into the world's largest apparel manufacturer before his death in 1979. Haas boasts impressive diversity within its MBA classes. Typically, more than 30% of each class is composed of women, last year 37% of the class were international students, and 36% identified as minorities.