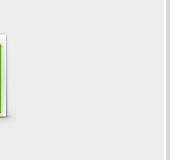 Glade is a RAD tool to enable quick & easy development of user interfaces for the GTK toolkit and the GNOME desktop environment.

The user interfaces designed in Glade are saved as XML, and by using the GtkBuilder GTK object these can be loaded by applications dynamically as needed.

Glade is Free Software released under the GNU GPL License.