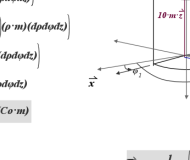 Sleek and simple user interface
The application doesn't take long to install and it doesn't come with a complicated setup that you would need to complete before you can actually use it. It sports a clean and intuitive graphical interface with many nice tools at hand.

Math Suga is a useful software solution designed to calculate mathematical equations with various features and tools, use the program to edit equation elements and evaluate them in a project.

It comes with an extensive library of components that you can add, including capacitors, connectors, diodes and even drives. It allows you to write text on a document and you can use Math Suga to drawl electrical circuits using predrawn objects in components.

More features and tools
It comes with the option to edit equations and variables easily. It allows you to animate text, enable grid view, as well as horizontal or vertical cursors. Orientation can be changed, switch to landscape or portrait view if you want.

Moreover, you can duplicate pages, cut, copy and paste information wherever you want. Values and variables can be generated and you can create a table of contents if your document is a few pages long. When you're done, you can save the project to your computer, export it or print it easily.

All in all, Math Suga is a very useful application for calculating equations and even for creating documents in which you explain certain theories or hypotheses.