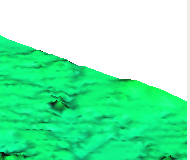 GRASS GIS, commonly referred to as GRASS (Geographic Resources Analysis Support System), is a free and open source Geographic Information System (GIS) software suite used for geospatial data management and analysis, image processing, graphics and maps production, spatial modeling, and visualization. GRASS GIS is currently used in academic and commercial settings around the world, as well as by many governmental agencies and environmental consulting companies. It is a founding member of the Open Source Geospatial Foundation (OSGeo).

Originally developed by the U.S. Army Construction Engineering Research Laboratories (USA-CERL, 1982-1995, see history of GRASS 1.0-4.2 and 5beta), a branch of the US Army Corp of Engineers, as a tool for land management and environmental planning by the military, GRASS GIS has evolved into a powerful utility with a wide range of applications in many different areas of applications and scientific research. GRASS is currently used in academic and commercial settings around the world, as well as many governmental agencies including NASA, NOAA, USDA, DLR, CSIRO, the National Park Service, the U.S. Census Bureau, USGS, and many environmental consulting companies.