Ofeli demonstrates how to operate an image segmentation algorithm of Y 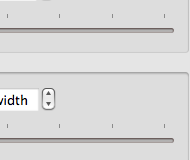 Ofeli (as an acronym for Open, Fast and Efficient Level set Implementation) demonstrates how to operate an image segmentation algorithm of Y. Shi and W. C. Karl, using a discrete approach for the approximation of level-set-based curve evolution (implicit active contours). This is a novel (2005) and fast algorithm without the need of solving partial differential equations (PDE) while preserving the advantages of level set methods, such as the automatic handling of topological changes. Considerable speedups (×100) have been demonstrated as compared to PDE-based narrow band level-set implementations.