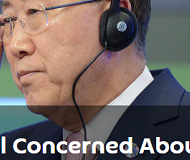 Sputnik's headquarters are in Moscow. Regional offices are located in key regions and countries around the world, including the United States (Washington, DC), China (Beijing), France (Paris), Germany (Berlin), Egypt (Cairo), and the United Kingdom ( London and Edinburgh).

The agency covers global political and economic news aimed at an international audience.

The total volume of Sputnik radio transmissions on FM and DAB / DAB + websites and frequencies totals more than 800 hours a day.

Agency photographers work around the world and have repeatedly received prestigious international awards in the field of photojournalism, such as World Press Photo and Magnum Photography Awards. The agency has its own photo database, called Sputnik Images, through which it sells photo and video materials, as well as infographics.

Other agency products include public opinion polls published as Sputnik.Polls.

Sputnik International's predecessors are the state-run news agency RIA Novosti and the Voice of Russia radio service, which were dissolved in 2013.

The Sputnik photography service is based on a worldwide network of photojournalists.