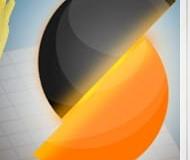 Slic3r is the tool you need to convert a 3D model into printing instructions for your 3D printer. It cuts the model into horizontal slices (layers), generates toolpaths to fill them and calculates the amount of material to be extruded.

The Slic3r project was born in 2011 within the RepRap community as an effort to provide the growing 3D printing technology with an open and flexible toolchain. The code and the algorithms are not based on any other previous work. Readability and maintainability of the code are among the design goals. Slic3r, being a true non-profit community project, allowed the people to experiment with several original new features that have become common thereafter such as multiple extruders, brim, microlayering, bridge detection, command line slicing, variable layer heights, sequential printing (one object at time), honeycomb infill, mesh cutting, object splitting into parts, AMF support, avoid crossing perimeters, distinct extrusion widths, modifiers, and much more. All of these features were first introduced in Slic3r and are now part of the commercial software out there.

Slic3r is based on a community of people working collaboratively on GitHub, discussing new features and testing them. It’s being used by tens of thousands of people all over the world, and there are more than 1,000 forks of it. It’s a non-profit project. 3D printing became a business since the RepRap community was born, but we want to keep 3D printing free, and Slic3r will always be an independent project, not driven by any business or single vendor. Support is appreciated, though.

Features
(Most of these are also available in the command line interface.)