A free math software for your children 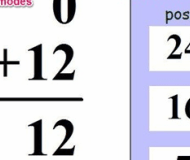 TalkingMath is a free math software for your children. With the help of this freeware your kids can learn mathematics easily and quickly. This freeware also supports audio mode. TalkingMath works in 3 different modes such as timer, standard and interactive mode. TalkingMath lets you perform various types of mathematical calculations such as division, multiplication, subtraction and addition.

Math tutor for practicing addition, subtraction, division and multiplication that mixes in fun and brain-teasing challenges for kids and beginners alike

Math is a fundamental discipline we all learn in school at some point in our lives, so getting a hang of it as early as possible or in our spare time can be crucial. It is thus unsurprising that there are many apps and programs out there designed to make math learning more fun and interactive. One such application is Talking Math, and while it may seem a bit dated at first, it can still appeal to the younger audience.

Learn the four basic operations in Math
Talking Math is designed to help teach you how to do your addition, subtraction, multiplication, and division, all of which are taught using the same method. Basically, you are presented with a simple operation to solve. Depending on whether you've selected "Interactive", "Standard" or "Timer" mode, the way you can do the operations varies.

Various degrees of difficulty
"Interactive" mode allows you to choose the right answer to your operation out of 6 possible choices, thus it can be regarded as the beginner level. "Standard" mode offers no choices or hints and is therefore considered the intermediate level, while "Timed" mode forces you to give the right answer before the timer runs out. The program gets its namesake from the fact that all numbers you press or write are then 'spoken" to you by the program's computer, which is also great if you are trying to learn the English pronunciation of the numbers.

Baby steps towards learning math
It cannot be denied that there are other apps out there that do pretty much the same things while boasting better graphics, a more modern UI and improved voice acting. However, if all you are interested in is getting to learn the basics of math, you might as well give Talking Math a go.