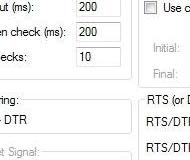 What is it?
It's a Bootloader for Microchip, Atmel, NXP, TI and 8051 devices.
A Bootloader is a firmware running in the microcontroler device which allows the user to send it's own firmware without the need of a programmer.
This Bootloader consists of:

Where does it come from?
This Bootloader is based on "Tiny PIC Bootloader" made by Claudiu Chiculita.
A special THANK to him!!!

What can it do?
It can program: