A lunar atlas that allows to observe the entire lunar surface 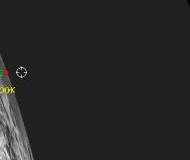 Virtual Moon Atlas is a lunar atlas that allows observing the entire lunar surface, expanding any geographic feature and consulting detailed information about them.

Now used by more than 750 000 persons all over the world. Used in several books, magazines, observatories, universities, Web sites and blogs. Used in Chandrayaan 1 lunar mission preparation. Recommanded by the European Space Agency (ESA) and the french Ministry of National Education.

Program description
This software, realized by Patrick Chevalley and Christian Legrand can visualize the Moon aspect for every date and hour and pilot computerized telescopes on the Moon surface. It permits also to study lunar formations with unique database of more than 9000 entries and a more than 7000 pictures library compiled by Christian Legrand.

It's conceived to be easily usable “in the field” according to an observing session needs, but also to study “at home” the Moon and its surface. It's interfaced with "Sky charts" Patrick Chevalley's freeware. This set is certainly now one of the most complete astronomy softwares set released.

Rather than a long description, we invite you to read the complete manual or the quick user's guide or to look at the screens copies to see what are the possibilities.

This software has been conceived according to the needs of Moon observers, but also as a powerful tool for people interested personally or professionally by selenography.

The authors are decided to upgrade periodically the software, databases and pictures library in the following monthes and years. If you think that a function would be useful for all Moon observers, don't hesitate to indicate it us. It could be possible to include it.

It's possible to choose the language used by the software and database. Presently we manage directly only English and French version which are available with the basic package. From this Web site, you can download more translations here .

The authors wish that others passioned amateur astronomers will propose their own translation in their language to make this software available to world wide Moon observers.

Why is it free?
This software is the result of a collaboration between Christian Legrand, a passioned lunar observer, and co-author of the guide "Discover the Moon" published in English by Cambridge University Press and also published in French, German and Spanish, with Patrick Chevalley, author of the worlwide known freeware "Cartes du Ciel / Sky Charts".

The authors make him free for amateur astronomers, lunar observers and students who wish to practice selenography. They hope to promote Moon observation and knowledge because our satellite will become one of the next human spatial exploration step.