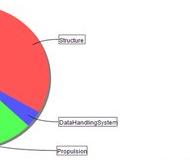 The future of model based systems engineering for space missions.

Virtual Satellite is an internal DLR project that started in 2007. As its name suggests, the initial focus was on supporting spacecraft assembly, integration and test (AIT) activities with a digital mockup and simulation. Quite soon the project focus shifted from AIT to the early phases in the life of a spacecraft, to the Concurrent Engineering Facility (CEF) in. Here spacecraft and their missions are born and therefore a smart tool was needed that lets the engineers collaboratively work on a shared digital representation of the spacecraft. Enabling collaboration is one of the key features of Virtual Satellite.

Continues evolution and integration of the Virtual Satellite software family builds the backbone of DLR’s MBSE activities. Here the latest research results are evaluated, implemented and shipped to the projects. The Virtual Satellite Family contains the Versions 3 and 4, some of the best and most advanced tools to support the design, development and production of tomorrow’s spacecraft. Most tools are based on the Eclipse Rich Client Platform (RCP) and are written in Java within a state of the art software engineering environment.

Virtual Satellite 3 mainly supports the work at CEF. It was developed to improve collaboration during the design studies and to allow the engineers to create a common digital mock-up of their spacecraft. It introduces a simple data model that is tailored to the needs of the engineers and that perfectly fits the way CEF studies are conducted. Even quite simple, it follows the paradigm of letting the engineers be creative. Virtual Satellite is easy to use and does not distract the engineers from their original task of designing a spacecraft. Besides the day by day business in the CEF, Virtual Satellite 3 has also levered some pioneering new directions such as continuous verification or visual spacecraft configuration approaches. The software has been developed in close cooperation with the department for System Analysis Space Segment. We opened it up to the community and it is available for download free of charge.

A flexible and extensible data model

Virtual Satellite 4 is the new evolution and rebuilt platform. With a customizable data model it can be tailored to the various needs of individual engineering tasks and project requirements. Rather than the historic approach of trying to create the data model and system engineering language that can handle all possible tasks, the new approach focuses on necessities leading to simple and easy to use applications. The data model of a Virtual Satellite 4 application can be extended by a concept. It can be downloaded from a concept store and activated when needed. Such a concept is a set of data model extensions plus functionality to provide corresponding user interfaces and further functionality. All this together with this concept-based extension mechanism offers Virtual Satellite 4 in three product lines:

The project Virtual Satellite is the foundation for our research activities in the whole frame of system engineering activities along the whole lifecycle of a spacecraft. Results of this research are directly fed back into the software implementations. The platform approach allowed questioning new ways of working in the area of Model Based Systems Engineering (MBSE). Some of these research activities are:

Virtual Satellite is a DLR open source software for model based systems engineering MBSE. One of the major features of Virtual Satellite is the modular data model, that can be easily customized to your personal needs. Today, there are already various different versions:

The artefacts contain p2 builds for: